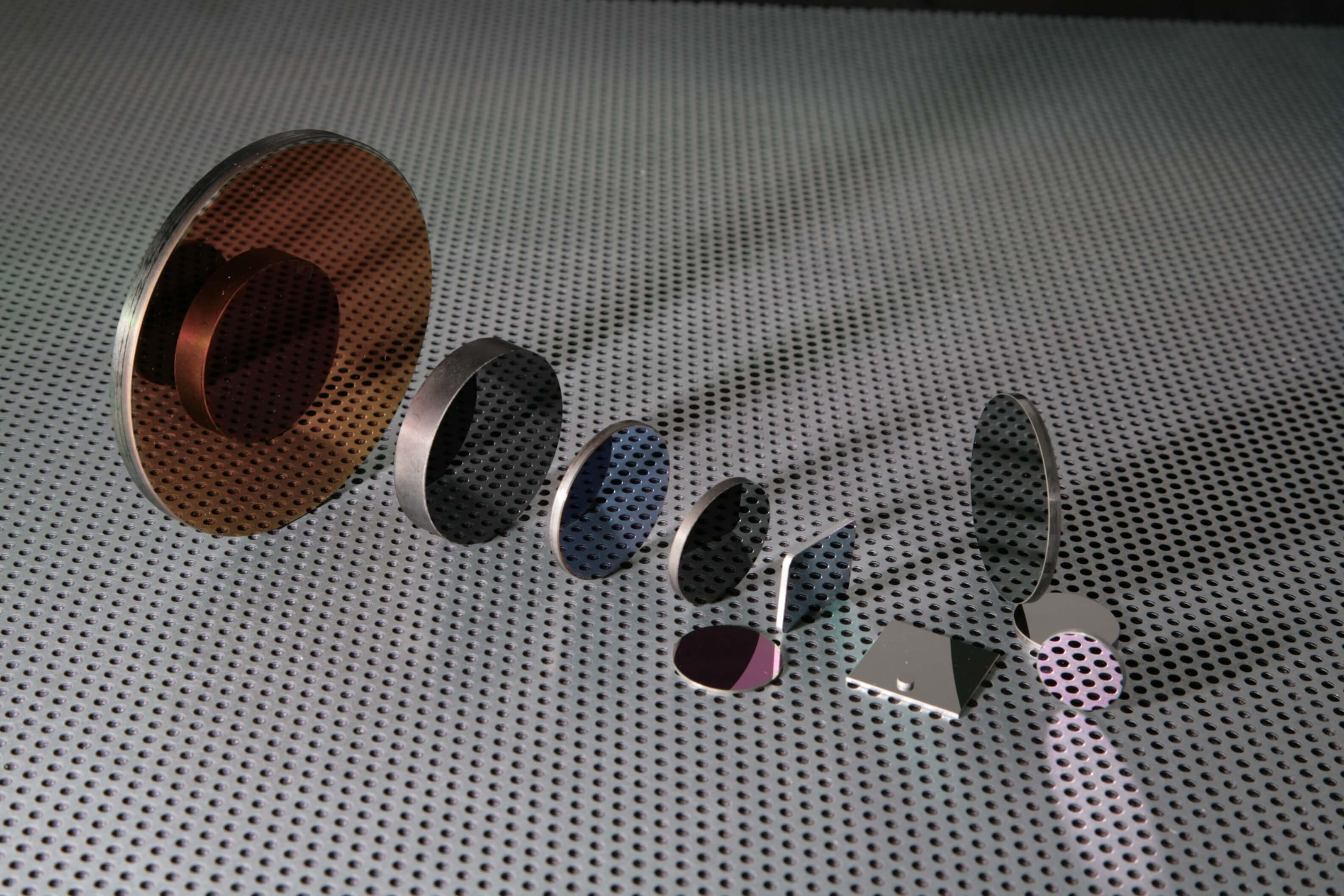 Germanium (Ge) is a chemical element. It is a silvery-grey-white and highly brittle metalloid, with a diamond-like crystalline structure.

Its chemical and physical properties make it very similar to silicon.

UQG Optics best-sellers such as Germanium Windows are available coated and uncoated in a variety of diameters and thicknesses.

Apart from certain specialised uses in electronics, germanium today is used mostly in the optics industry because its properties make it ideal for optical systems such as lasers, objective lenses for microscopes and other scientific instrumentation and wide-angle photographic lenses.

It is ultra-sensitive to heat so that at 100 degrees Celsius it is almost completely opaque.

Germanium and germanium oxide have a very high refractive index, meaning that for some window applications anti-reflective coating is required.

In most cases the coating applied is diamond-like carbon (DLC) which has a refractive index of 2.0. DLC is extremely hard, which means that windows coated with it can be used in ruggedised products which may be subject to harsh environmental conditions.

Germanium’s transparency in the infrared wavelengths make it a very important and widely used material in infrared optics.

It can be cut, polished and shaped into lenses and windows used in infrared detector equipment as well as infrared spectroscopes.

What is germanium used for?

Both germanium and germanium oxide are transparent to infrared radiation and so are commonly used in the production of spherical lenses and windows for high efficiency infrared spectroscopes and thermal imaging systems.

They are also commonly used in aerospace industries for example in satellite imagery sensors and in life and medical sciences for medical diagnostics.

Germanium is used widely by industrial manufacturers in many other infrared applications.

Our germanium windows can be used in both mid-wave infrared (IR) and long wave IR systems.

This high-density window has a thermal escape which makes the transmission reduce as the temperature of the window increases.

UQG Optics stock 3 types of germanium windows in a range of sizes:

Our custom range involves an option of squares/rectangles, material, shapes and more. View our Germanium Windows.

About the Germanium Market

Germanium is not mined as a primary metal but is produced as a by-product of zinc production as well as from coal fly ash.

Around 75% of worldwide non-recycled germanium production comes from zinc ores, mainly sphalerite, with the remaining 25% coming from coal.

China, Russia, Canada, Finland and the United States are the largest producers. Of these, China is thought to have the largest resource distribution of zinc ore.

New applications are developing in telecommunications and electronics for germanium, pushing demand up and giving rise to a significant push for germanium recycling.

Currently around 30% of the world’s total germanium supply comes from recycled sources.

It is widely believed that certain countries including the USA and China hold inventory – national stockpiles – of germanium, because of expected new developments in technical applications as well as its current importance in military and aerospace infrared imaging equipment.

Germanium was first discovered by a German chemist called Clemens Winkler (1838–1904) in 1886. Winkler worked at what is now the Freiberg University of Mining and Technology, and was asked by a colleague to analyse an unusual new mineral which had been found in a nearby mine.

Winkler’s first analysis found the mineral’s composition to be 75% silver and 18% sulphur, but he could not identify the remaining 7%.

He later realised he had a new metal-like element on his hands, correctly placing it as the element below silicon in the periodic table. Winkler named the new element ‘germanium” after the Latin name for Germany, ‘Germania’.

Germanium was first used on a large scale to replace one of the most basic electronic components, the diode.

To find out more about Germanium Windows from UQG Optics, or any of our optical windows call us on 01223 420329 or email our sales team at info@uqgoptics.com